Ignore the trolls... except THIS one! 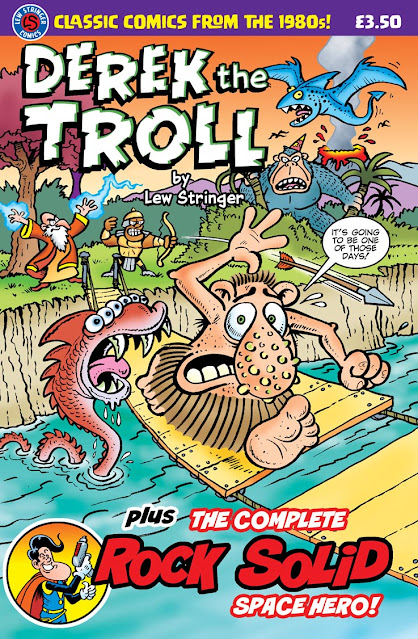 Derek the Troll was one of the earliest characters I created for a professional publisher. He appeared back in 1985 in Games Workshop's Warlock magazine before transfering over to White Dwarf after Warlock folded.

A few years ago I collected all of those 1980s Derek the Troll strips into a comic, and I still have a few left if any of you are interested. 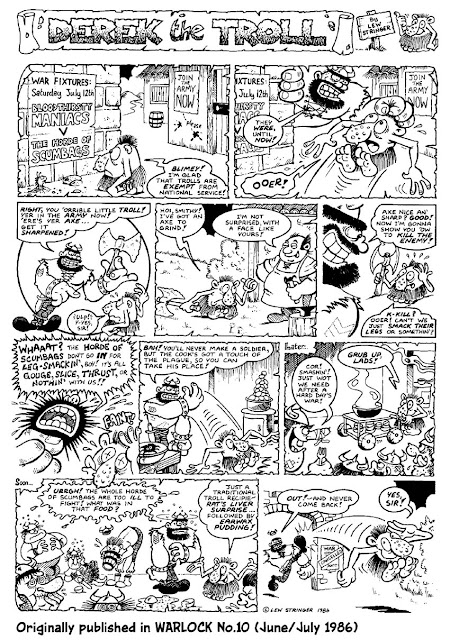 The 32 page comic also includes the complete futuristic saga of Rock Solid, Space Hero, another early character of mine, from the pages of Harrier Comics' Swiftsure in the mid-1980s. (And followers of my ongoing Sgt.Shouty strip in The77 might have noticed that it's set ten years after the Rock Solid stories and there is a connection.) 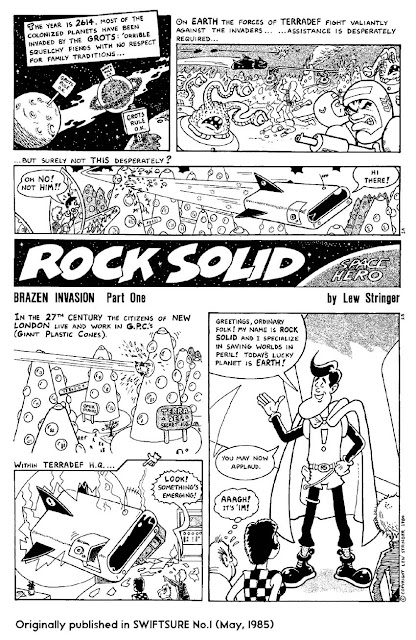 If you haven't bought Derek the Troll yet you can grab one from my eBay listings at this link...

While you're there, check out my other items such as the remaining issues of Combat Colin in stock...

I'll be selling more original art on eBay soon too!

Email ThisBlogThis!Share to TwitterShare to FacebookShare to Pinterest
Labels: Derek the Troll