I thought I'd sold them all but I've found a handful of Combat Colin No.4 at the bottom of a box. Excellent condition and unread.

Published in 2019, it won the Comic Scene Award for Best Small Press / Independent Comic that year.

Combat Colin No.4 has 32 pages (28 interior black and white plus four full colour cover pages) reprinting my Combat Colin strips from February 1990 to August 1990 that originally appeared in Marvel UK's Transformers comic. (Marvel returned the rights to the strip back to me a few years later.) 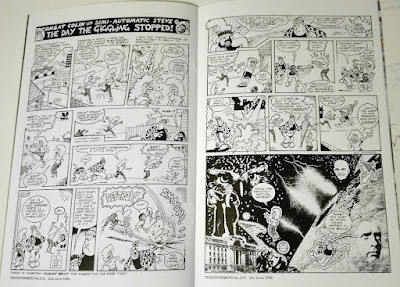 It also carries a new short article by me on TV Century 21, one of the comics that inspired me to create my own comics. Plus a brand new cover by me. 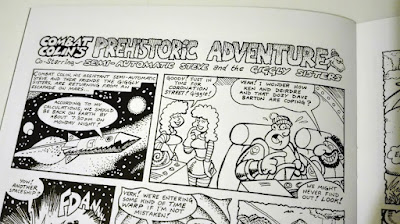 I've put five copies on eBay tonight and when they're gone, they're gone. I will do a second printing at some point, but not for a while yet.

You can see the listing here. Order now and I'll send it off first class post:

UPDATE: Sorry, but they've all sold out straight away! I will do a second printing at some point but no plans right away.

As for the delayed Combat Colin No.5.... I still can't promise when I'll get that out I'm afraid. Current finances don't allow me to spend money on a print run and I don't want to get into the complexities of a Kickstarter campaign. Plus I can't spare the time to do all the scanning required right now as I need to pursue mainstream comics work. Issue 5 will appear, but I don't know when. I'll notify everyone on this blog and my social media accounts as soon as there's any news!