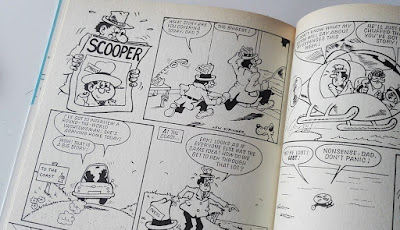 In 1984 I was still very new to the comics business, but I was starting to get regular work from Marvel UK enabling me to do cartooning as a full time job. IPC were a tougher nut to crack, but humour comics editor Bob Paynter had commissioned me to create a character for the dummy issue of Oink! (which as you know was Tom Thug). However, Oink! was taking a while to come together and it'd be a couple of years before IPC management would give the comic the green light. "In the meantime," said Bob to me, "I'll send you a script for the Jackpot Annual to draw".

I wasn't very familiar with Jackpot comic, which had ended in 1982. I think the typset word balloons had put me off. Anyway, the Jackpot Annual was still running and Bob had asked me to draw a four page Scooper strip. My first published IPC work. (I was pleased to see that the annual used hand lettered dialogue not typeset.) Jackpot Annual 1986 was of course published in late summer 1985. 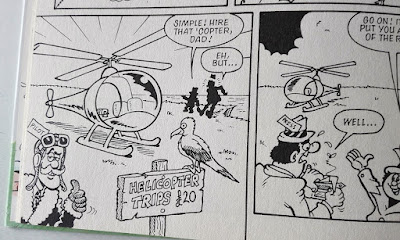 I forget who wrote the script. It may even have been uncredited. I was asked to "ghost" Tom Paterson's style as he had been the original artist on the character. I didn't find that too difficult as Tom and I had similar influences from Leo Baxendale's work. Tom's work was far more polished than mine though but it was beneficial to absorb some of his techniques into my own style. Bob Paynter allowed me to sign the strip because by 1984 the old rules about anonymity were a thing of the past. 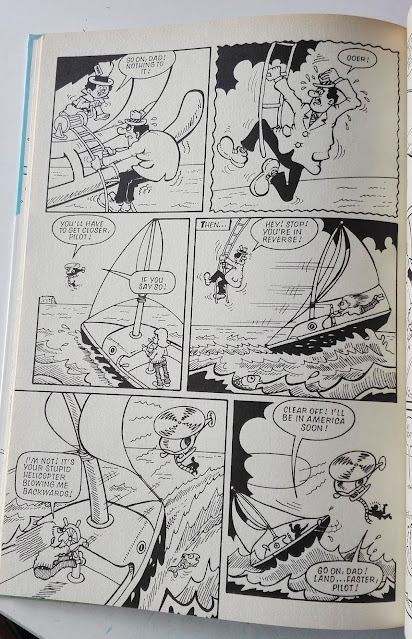 The strip was a bit of a challenge as it featured a helicopter, a boat, and a ship; none of which I'd drawn before, but it was an enjoyable task and I think it turned out OK for a newbie. It was a very lively story with lots of action. 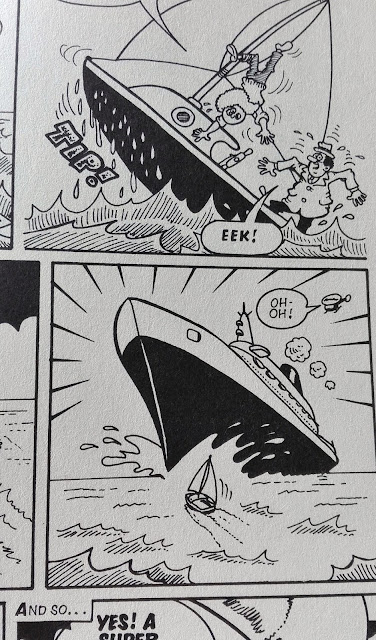 A year later, Oink! was still waiting for final approval so Bob Paynter gave me another assignment. This time I was asked to write and draw a six page Bookworm story for Whoopee! Annual 1987. (As annuals are done far in advance it was 1985 when I drew this.) I knew the Bookworm character but always found him a bit limiting, so I asked Bob if I could set him in a sci-fi environment. Despite this being unusual for the character, Bob approved it and the six-page story Bookworm Visits Planet Squelch was created. Bookworm is abducted by aliens, taken to their planet and paraded in a zoo, but reads the guards a bedtime story so they fall asleep and he can steal the key to escape and return to Earth. 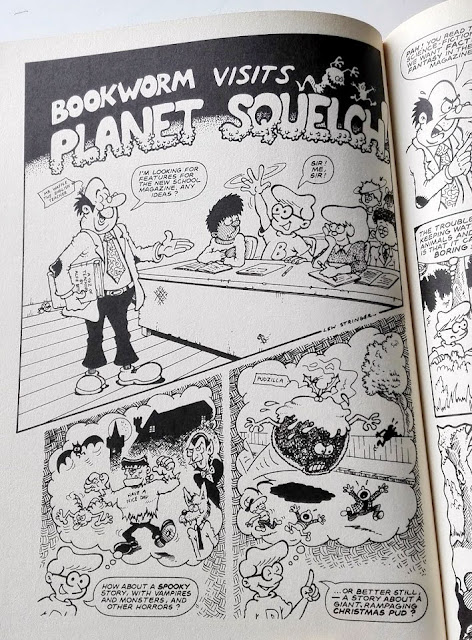 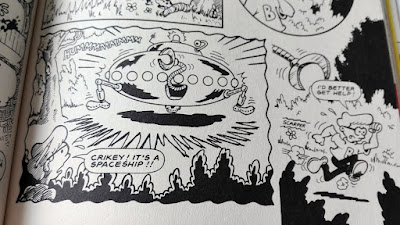 Bookworm's original artist was Sid Burgon, so I had to "ghost" his style for the face of the character but everything else was left to me to draw it in my own style. 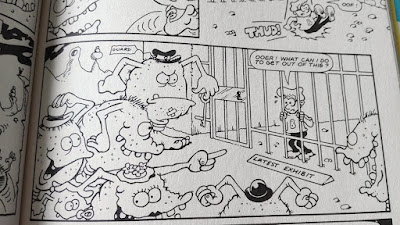 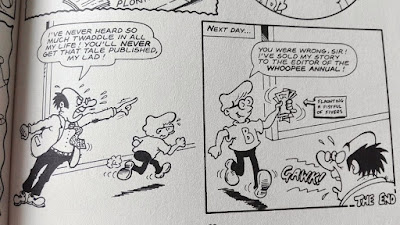 Both stories were great experiences for me as a young cartoonist and I was thrilled to see my work in hardback annuals. Oink! had the go-ahead in 1986 so that kept me busy for a good while, as did my increasing workload at Marvel UK. Good times! 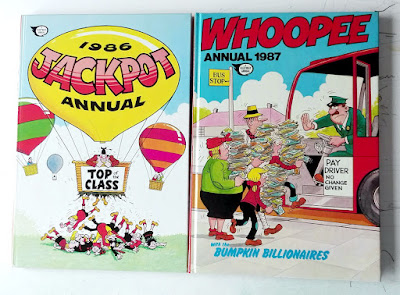 well, got the Jackpot annual but not the Whoopee one ^_^ still nice work

the bookworm ending made me laugh out loud...so like the meta...this blog has been great getting indepth history of your work...like all the different angles you did in the strip...love to meet Bob one day nearly did when Jack Edward Oliver was going to arrange it..

As ever Lew - full of energy, which I think is your hallmark - the characters and actions jump out of the page at you.

It used to be a delight to find the numerous IPC annuals at jumble sales when I was a kid (we could never afford to have more than 1 each at Christmas) so I would eagerly gather up these (then) hefty tomes full of great stories. Am pleased that they continued into the late 80s.

Thank you anonymous! Much appreciated. Yes, I like lively strips. It's not always possible if it's only a mini-strip but those longer stories gave me the opportunity to put plenty of action into them.