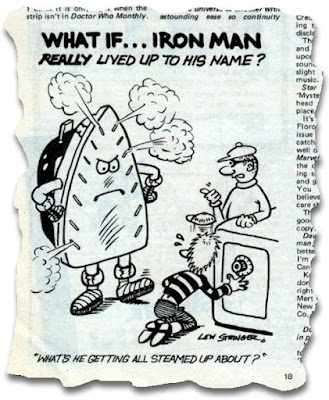 It's the time of year to trot this old cartoon out again. As most of you will know this was my first professionally published cartoon and it appeared in Marvel UK's The Daredevils No.7, cover dated July but published sometime in June 1983. The first of a short series of 'What If' cartoons I did for them which soon led to other work including Captain Wally, Robo-Capers, Combat Colin and more, then a multitide of strips for other companies right up to today.

I've now been working in comics for 39 years (although I didn't go full time pro until 1984). Hopefully I'll reach the milestone of 40 years in 2023 but things have been very tough these past few years due to cutbacks from lockdown and other reasons. Work is picking up now but that's mainly one-off jobs and commissions. The days of being commissioned to do two pages a week for a comic seem to be a thing of the past for whatever reasons, but younger artists are thriving now and that's the way it's always been. Good luck to them all.

Meanwhile I do have a busy month ahead so I'd better get back to the drawing board! Thank you to everyone who's followed my work during the past 39 years and I hope you'll stick around for what's to come. Heck, I hope I stick around too! 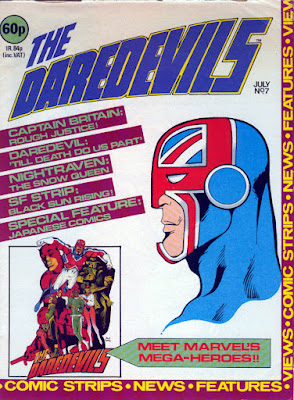 Email ThisBlogThis!Share to TwitterShare to FacebookShare to Pinterest
Labels: The Daredevils, What If