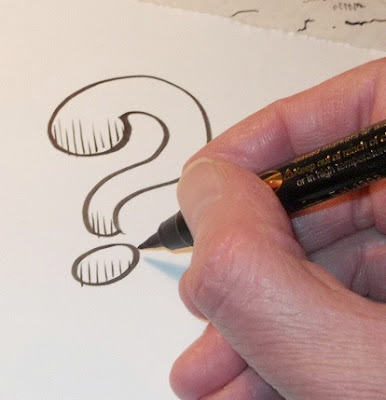 One of the curious things about working in the comics industry is how far we have to work in advance. Believe it or not there are some who still think a strip is drawn shortly before publication. That's true for political cartoons in newspapers of course, which I believe are drawn the day before publication to keep them topical. In comics we have quite a bit more leeway than that.

I'm currently drawing pages for The Dandy Annual 2017, which won't go on sale until July 2016. Most people won't even see it until Christmas Day 2016. I wish I could show you a preview but it's far too early for that. I'm afraid you'll have to wait until next summer. (Publishers aren't keen on images being released too far in advance in case rivals imitate them ahead of publication. It's quite understandable I suppose.)

I can tell you the strip I'm drawing includes snow, and references Christmas. I always like to put one winter story in the annuals if I can, knowing that many kids will be reading it at Christmas.

I'm also working on a seasonal Daft Dimension strip for the Christmas issue of Doctor Who Magazine. That won't be out until December. There'll be an issue before that, out next week. I'll show a preview of that strip over the next few days.

Then there's the New Year Team Toxic story to do, and a set of drawings for something else. It's a busy month!

Thinking about it, I've just waffled on and told you virtually nothing. Sorry. Back to the drawing board...
Posted by Lew Stringer at 23:03

It must be a bit odd, feedback is now instant, and everyone has an opinion, to have to wait to see your work, over a year later? Before the net it took effort to leave feedback, Pen Paper, actual thoughts and a trip to the PO! Good to know there is a Dandy 2017!

Well, less than a year (July 2016), but I take your point. One nice aspect is that by the time it's in print I've mostly forgotten what the strips look like so in a way they're almost as new to me as they are to the readers.

"Publishers aren't keen on images being released too far in advance in case rivals imitate them ahead of publication"...
What rivals, Lew? Who else are doing children's annuals in the same genre as Beano/Dandy? Certainly, your statement was true decades ago, but now?
When it comes to the weekly comics, do DC Thomson have a large stockpile of finished pages done many months in advance?
(Vlad)

I meant comics in general, not just annuals.