Looking back at my workload over the past 12 months it's been an interesting year with some diverse jobs. At the start of 2015 I was still freelancing for The Beano on a short series of Joe King mini-strips and another series of Rasher. 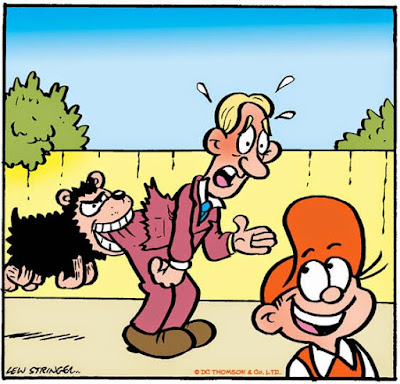 During the course of the year my Beano strips reached the end of their runs and I moved on to other work, but I hope to produce something new for the comic again in 2016. 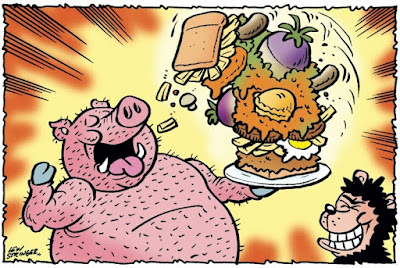 The year had begun with the appalling attack by terrorists on the Charlie Habbo satirical magazine's offices in Paris, leaving several of its staff and cartoonists murdered. The world's comics/cartoon community quickly showed solidarity by producing artwork to convey in whatever way we could our disgust at such a sub-human atrocity. This was my contribution... 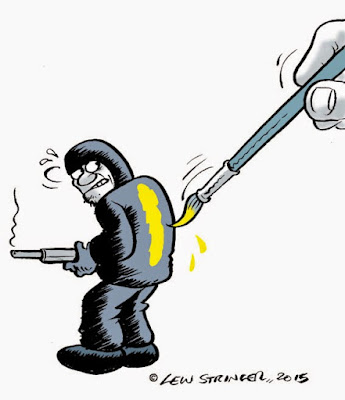 I set up a new Facebook page early in the year which I'm pleased to say quickly attracted several hundred followers with more people discovering it every week. You'll find it at the following address and I'd be chuffed if you could give it a 'like'...
https://www.facebook.com/lewstringercartoonist 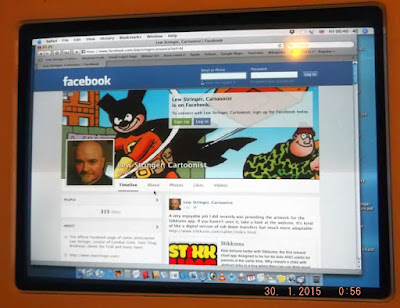 I had a change of pace by being commissioned to write an article on the Marvel UK Incredible Hulk stories for the Marvel Fact Files (issue 97). I've also done another article about Marvel UK for an upcoming issue of the partwork, so more news about that soon. 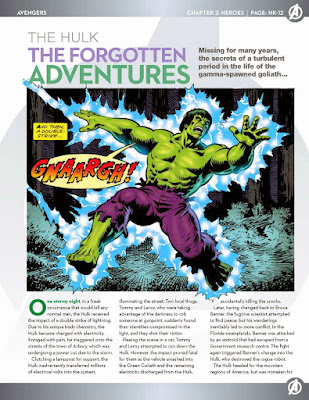 I continued to produce new Team Toxic strips for Toxic magazine throughout 2015 and I'm pleased to say that continues into next year. I've been working for Toxic since issue 1 way back in 2002 (apart from a period between 2012/13 when it used reprints of my work) and I still enjoy coming up with new villains for Team Toxic to clash with as well as reviving older baddies. Toxic is still the top selling boys' magazine in the UK with sales higher than most American comics.

Another regular strip is The Daft Dimension that appears in every issue of Doctor Who Magazine. It's really a privilege to be part of a magazine I've been reading since the first issue many years ago. More Daftness in 2016! 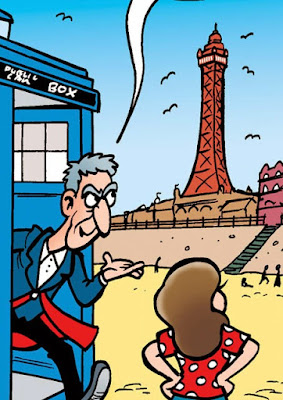 I was pleased to produce another brand new Combat Colin three-page story for the online comic Aces Weekly during 2015, and hope to do more next year. Aces Weekly features a fantastic range of talent from the UK and overseas and at £6.99 for seven issues is well worth buying. Check it out:
http://www.acesweekly.co.uk/
A pleasant surprise in late 2014 was being commissioned by top comics writer Alex De Campi and her editors at Dark Horse Comics to produce new self-contained comic-horror strips for the American comic Grindhouse. The brief was to create trash cinema type stories for a mature audience so I came up with Kung-Fu Cheesecake (vengeful martial arts daftness), Snowmanic! (supernatural snowman with murder on his mind), and in 2015 I did Sex Pest (loathsome insect gets his just desserts) and Hell Hole (redneck sacrifice).
It's true that compared to decades ago there aren't as many annuals around featuring comic strips now, so I count myself very fortunate that I was a contributor to The Beano Annual 2016 and The Dandy Annual 2016 (still available in the Christmas sales if you're quick). I wrote/drew Lord Snooty for The Beano book, while for The Dandy book I scripted/drew The Smasher and Keyhole Kate. I'm currently working on the 2017 dated Dandy Annual, which will be out next July. 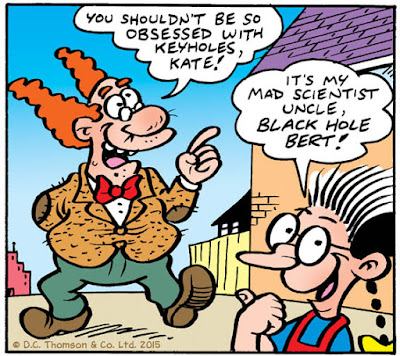 It was a pleasure again to produce more artwork for the Stikkums app, with two new sets, 'Family' and 'Christmas'. This inventive app gives the player the ability to place characters on various backgrounds, move them around, resize. recolour them etc. Primarily a 'reward app' for the young, but fun for all ages. Hey, if you're a fan of my daft creations download it today!
http://www.stikkums.com/ 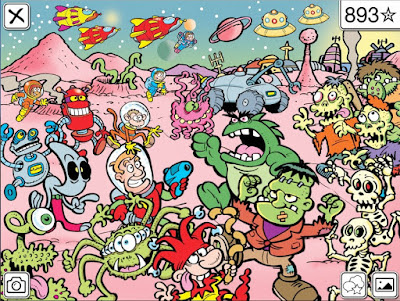 It was also fun contributing some one-off stuff to a few graphic novels this year too. I did a beatnik illustration for Hunt Emerson's Hot Jazz, a depiction of Octobriana for John Short's Octobriana The Underground History, and three pages of my Suburban Satanists strips for Time Bomb's Bomb Scares anthology. Buy 'em all!
http://largecow.com/shop/books/hot-jazz

Much as I enjoy producing strips and art for various publications I was determined to get some of my older characters back into print in 2015. I started out my career in self-publishing over 30 years ago and the desire is always there to have full control over the production of a comic, editing and designing it as well as creating the strips. It's something I'd intended to do for years so in September I launched Brickman Returns! at the International Comic Expo (ICE) in Birmingham. The 32 page comic collected all the full-colour Brickman pages I'd done for Image Comics' Elephantmen and as a bonus featured a 1980s Combat Colin story and a selection of my early Suburban Satanists strips. 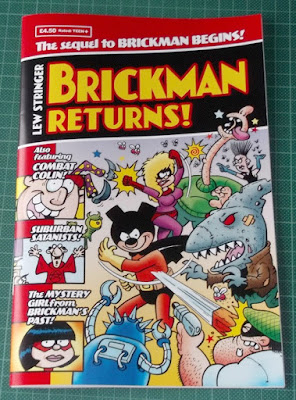 I was really pleased with the top quality printing by UK Comics Creative and the reaction to the comic was fantastic, so a big thank you to all of you who bought a copy. (Special thanks to Nigel Parkinson and Nika Nartova for selling copies at conventions they attended.) I swiftly had to order another batch to be printed. Who says indie comics don't sell?

Copies of Brickman Returns! are still available from my website, along with my previous collection, Brickman Begins:
http://www.lewstringer.com/page7.htm

A few copies are also still on sale at Nostalgia and Comics, 14 - 16 Smallbrook Queensway, Birmingham. I'll also be taking copies to the various conventions I'm guesting at in 2016, along with my next comic production. (I'll reveal more about that soon!) 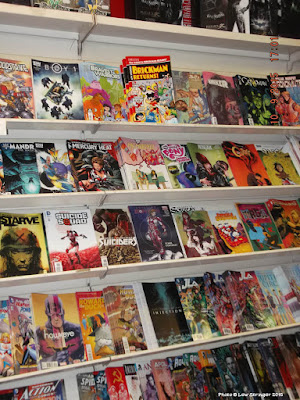 Speaking of conventions, I thoroughly enjoyed the six events I attended in 2015:  Milton Keynes, Sheffield, Birmingham, and three in London. It really is very rewarding to meet readers past and present, and it's genuinely uplifting to meet people who read Combat Colin, Tom Thug, Robo Capers and other old strips of mine when they were growing up. 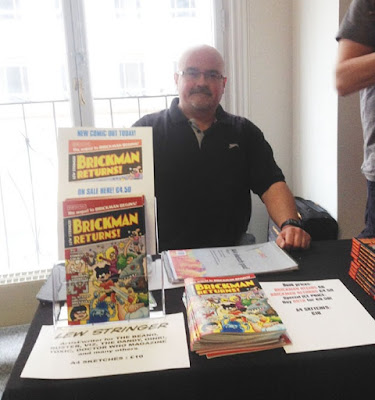 My apologies for letting people down by pulling out of the Birmingham Comics Festival and the Showmasters Bornemouth Film and Comic Con due to various viruses. My thanks to organizers Steve Tanner (Birmingham) and Mike and Cassandra Conroy (Showmasters) for being so understanding. I'm pleased to say I'll be at the Birmingham Comics Festival this coming April though, and several Showmasters events throughout the year.

If you've managed it this far though this extra-long posting, thanks for your patience! Thanks also for your interest and support of my work over the past year and I hope the strips I'll be producing in 2016 will also make you chuckle. Wishing you all a Happy and Healthy New Year!
Posted by Lew Stringer at 00:00

Email ThisBlogThis!Share to TwitterShare to FacebookShare to Pinterest
Labels: retrospective of 2015

Thanks, Bruce, and a very Happy New Year to you too. Thanks again for buying Brickman!

A lot of great comics work there Lew, nice to see you're still going strong and there's plenty of work for you. Also, I'm very intrigued about this next comic publication and looking forward to finding out more.

Thanks Phil. The support of people like yourself has been a good motivation too. Your Oink! Blog has been excellent in reviving people's memories of strips that I and others did nearly 30 years ago.

The next comic will feature more of my older stuff. I'm just deciding which of my characters to revive first.