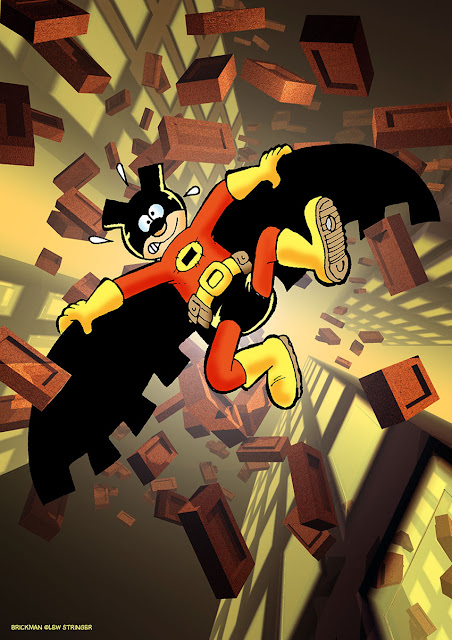 It's hard to believe it's been 15 years since I did this, but then time seems to have little meaning these days. Back in 2005, Richard Starkings' company Active Images contacted me about doing a digest-sized compilation of all my Brickman stories up to that point. I was happy to agree and they published a nice little 152 page book entitled Brickman Begins! for the direct sale market in America and the UK.

Richard's title for the book was inspired by the Batman Begins movie (which made sense, as Brickman was a Batman spoof). He wanted an advert designed for the back page of Fantagraphics' Comics Journal magazine so I set to work. I thought I'd show you some images of it here today. 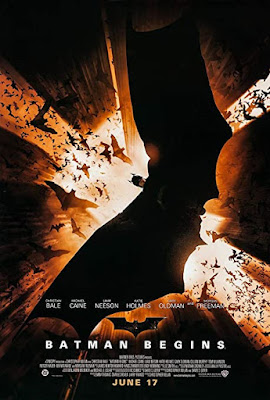 With Brickman having none of Batman's grace or athletic prowess he'd be falling from the sky, panic striken with legs flailing. Here's my initial drawing... 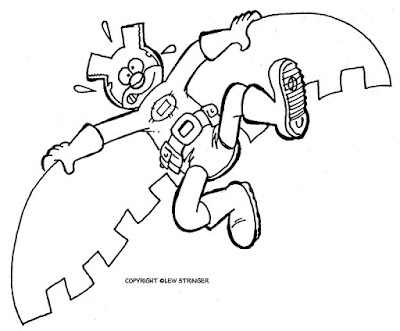 I wanted the background to look as realistic as possible to mimic the movie poster. At the time I was experimenting with a piece of 3D software called Bryce, so I used that to create the bricks and skyscrapers, lit to set the mood. The whole process was a learning curve and it took me ages! (I'm sure some will say there's more suitable software than Bryce to use but that's the one I had and I felt comfortable with it.) 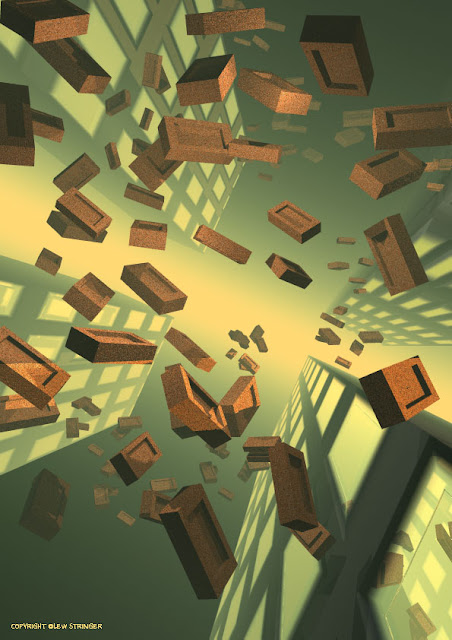 I tweaked the colours a bit before I added my 2D drawing of Brickman and this was the result...

When the ad appeared, Richard had given the image more of a sepia tone which suited it perfectly and was a closer approximation of the Batman movie poster we were spoofing. His addition of the title and credit lines was perfect too. I was very pleased with the result. 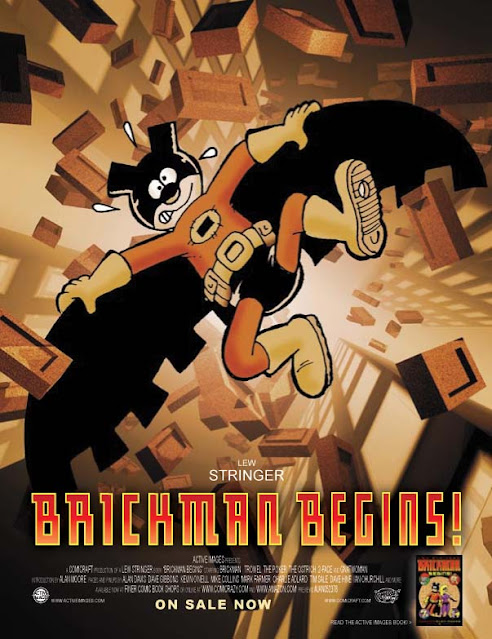 I haven't used Bryce for years, and the version I have isn't compatable with the Mac I use today, so don't expect to see anything like this from me again. I hope you've enjoyed this look into the process though. 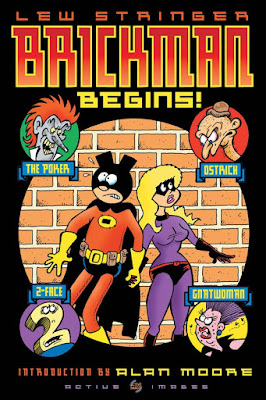 The book Brickman Begins! was published in 2005 and is now sold out. One day, if things work out, I hope to reprint those stories again, or more likely a "Best of" selection. I'm not making any plans yet though. As we all know, the priority these days is just to stay healthy and manage through hard times. All the best and stay safe!

Email ThisBlogThis!Share to TwitterShare to FacebookShare to Pinterest
Labels: Brickman