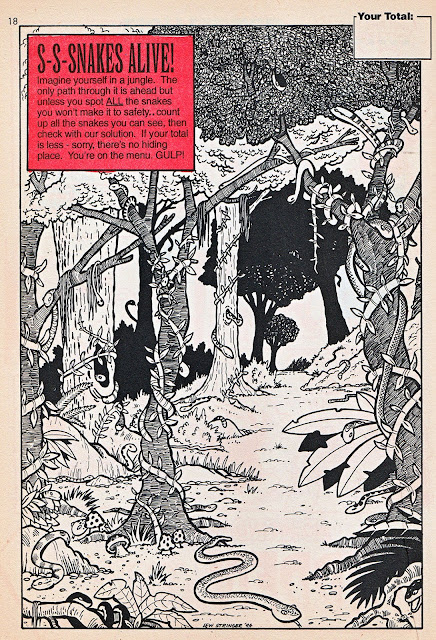 Back in 1994 I was contacted by Bob Paynter to do some work for a magazine he was editing called Junior Puzzle World. I'd known Bob for several years, as he'd been the Group Editor of the Humour department at IPC / Fleetway. By 1994 he was working for HHL Ltd (Headway, Home and Law) who were based in Greater London House, which was also the premises of Fleetway around that time so I presume they were connected. 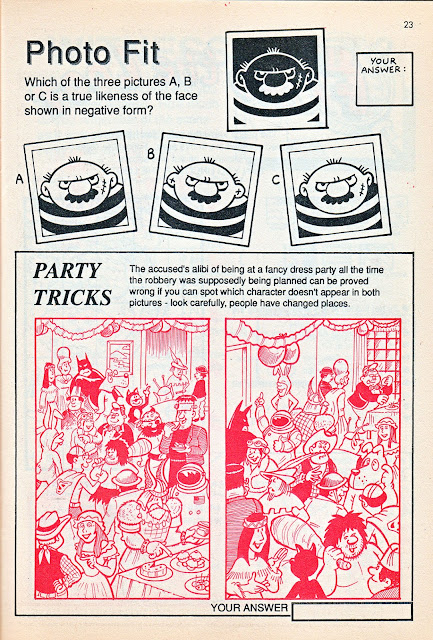 Junior Puzzle World was a 68 page mag with glossy covers and pulp-paper interiors about the same size as an American comic. Bob wanted to make it something a bit different to the usual bland looking puzzle mags so he'd contacted several artists to liven up the content. As well as myself, there were also pages by Malcolm Douglas (J.T. Dogg from Oink!), Ed McHenry, Nigel Edwards, Terry Bave, and others. 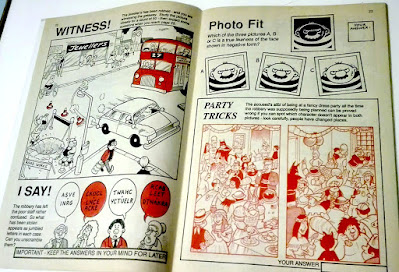 Bob supplied the puzzle ideas, which often came with a story element to them. It was a really nice idea and I enjoyed the work I did for it. Bob had promised more work but sadly, after the two issues I contributed to, management decided to cut the budget and reprint older material. Eventually they reprinted the work I did too, at least once. Needless to say, with this being British publishing, none of us received a reprint payment. 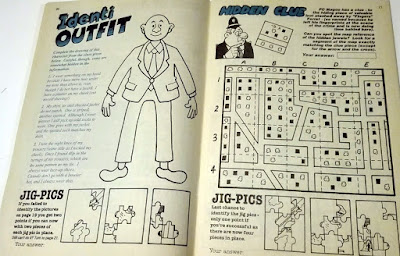 So it goes, but the nature of freelancing is you don't let the closure of one publication stop you, and you move on to other titles. I was still working for Buster at that time anyway, as well as doing regular pages for Viz, so although it was a shame the Junior Puzzle World gig didn't last it made a nice change to draw material like that. 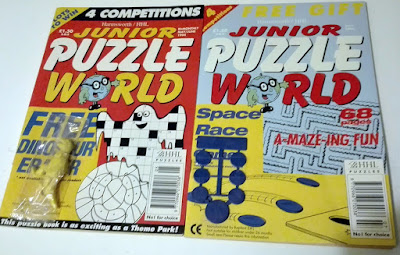