Into BATTLE with Specky Hector! 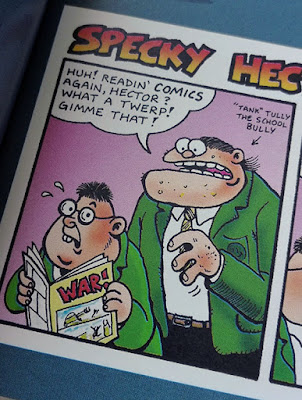 One comic I never expected to contribute to was Battle, not least because it ended in 1988 and rarely featured any humour strips. Now Rebellion have revived it for a new one-off special and there's a Specky Hector, Comics Collector strip in there by me leading off an impressive package of contents from today's top talents such as Garth Ennis, Keith Burns, Simon Coleby, Staz Johnson, Alex DeCampi, Glenn Fabry, Tom Paterson and more.

The Specky strip is an old one of mine that appeared in black and white in Oink! in 1986 but I've digitally remastered it and coloured it for a new generation. 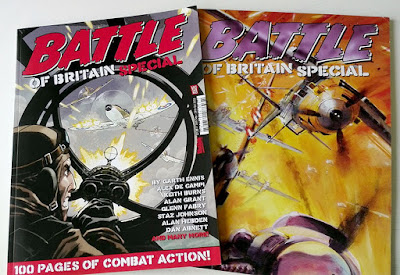 The 100 page Battle Special is out this Wednesday from comic shops and selected newsagents! The red logo is the standard cover for shops. Purple logo an exclusive from the Rebellion website.

My copy came through the post the other day from www.2000AD.com.

My favourites being Rat Pack (as it was in the weekly) and Specky Hector.

Great to hear that, Sid! Ideally I'd like to do a Specky Hector for every special, tying in with the theme, but sadly that's unlikely.